Lycett takes an early lead. But we all know Qatar will win in the end.

If the World Cup starts next week, the World Cup of stitch-ups has already started. Practice makes perfect, and Joe Lycett has written so many satirical letters as part of his pedantic comedian brand that he was bound to write one soon that went stratospheric. Here it is. And it’s a fierce shot right in the Golden Balls.

When you’re David Beckham, every day is payday. The man is marketable to the nth degree. Beckham is loved in England. Loved for what he did as the darling of Sir Alex Ferguson’s outstanding Manchester United team of the late nineties and early noughties. Loved in his international career where he amassed 115 caps for his country.

Beckham was also involved in promoting the triumphant London 2012 Olympics bid as well as the ultimately unsuccessful bid for England to host the 2018 FIFA World Cup, and his face has been used to promote all manner of products and initiatives ever since he hung up his priceless boots.

Alas, this is sportswashing, folks. In football, just as in life, money talks. It talked to David Beckham, and David Beckham followed it all the way to the circus in the desert.

Qatar’s World Cup is a sportswashing project as audacious as we’ve ever seen, and because the World Cup is so sacred across the globe it seems inevitable that it will prove a successful sportswashing project too. Beckham serves as good evidence for that. The sheer size of the paycheck dangled in front of him—however excessively rich he already was beforehand—clearly outweighed the human rights abuse and LGBTQ+ discrimination that so tarnishes Qatar. That is damning.

Only if you are blind to the microstate’s ulterior motives is it an even remotely credible host country. Or if you are handed the option of earning £10 million a year in return for living out of a luxury hotel for a while and promising you’ll move in whichever direction your puppeteer wishes.

Well done, Joe Lycett. Anyone can Tweet about the hypocrisy between Beckham’s old words and new money. Anyone can call into a radio show and say they’re “outraged” or “disappointed.” But sometimes, change needs to come from those with slightly bigger platforms. Lycett has found the Golden Formula to challenge Golden Balls.

Back from the dead after those devoid of humor decided his appearance on Sunday with Laura Kuenssberg was inappropriate and distasteful, Lycett has gained new fans while simultaneously holding Beckham to account in a way no one else had managed. The World Cup starts on Monday. Lycett has timed his ambush to perfection.

The Birmingham-born comedian put out a statement in which he challenged the former England captain to drop his Qatar deal immediately.

Lycett created the wonderfully-named website BendersLikeBeckham.com and said there: “This is a message to David Beckham. I consider you, along with Kim Woodburn and Monty Don, to be a gay icon. You were the first premiership footballer to do shoots with gay magazines like Attitude, to speak openly about your gay fans, and you married a Spice Girl, which is the gayest thing a human being can do.

“But now it’s 2022 and you’ve signed a reported £10 million deal with Qatar to be their ambassador during the FIFA World Cup. Qatar was voted as one of the worst places in the world to be gay—homosexuality is illegal, punishable by imprisonment, and if you’re Muslim, possibly even death.”

He went on: “You have always talked about the power of football as a force for good. Generally, I agree—so with that in mind, I’m giving you a choice. If you end your relationship with Qatar, I will donate ten grand of my own money (that’s a grand for every million you’re reportedly getting) to charities that support queer people in football.

However, if you do not, I will throw the money into a shredder at midday next Sunday, just before the opening ceremony of the World Cup and stream it right here. Not just the money, but also your status as a gay icon will be shredded. Also, you’ll be forcing me to commit what might be a crime. Although even then, I reckon I’ll get off more lightly than I would if I got caught whacking off a lad in Doha.

The choice is yours. I look forward to hearing from you.”

And if there’s one thing enjoyers—or indeed haters—of Lycett’s comedy style should know by now, it’s that Lycett will absolutely carry something through to its natural end. He is deadly serious about this. He says he’ll shred ten grand of his own money if Beckham doesn’t back out of his lucrative deal. And shred it he will.

It is depressing that it’s taken a comedy stunt to expose Britain’s most famous person profiting from the world’s most blatant example of cynical sportswashing. Some await Lycett’s livestream on Sunday with bated breath. Others know that Beckham is too strongly hypnotized, too far into his Middle East feast, to turn back now.

Lycett takes an early lead. But we all know Qatar will win in the end. 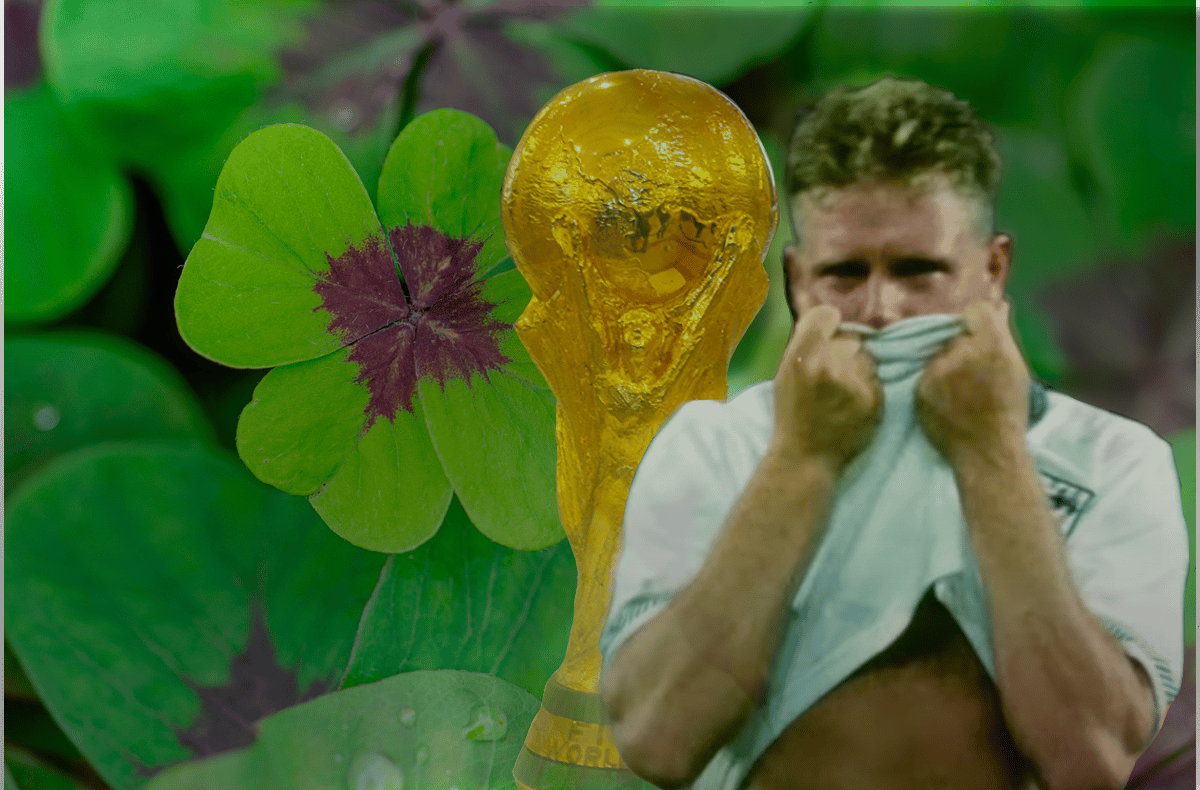 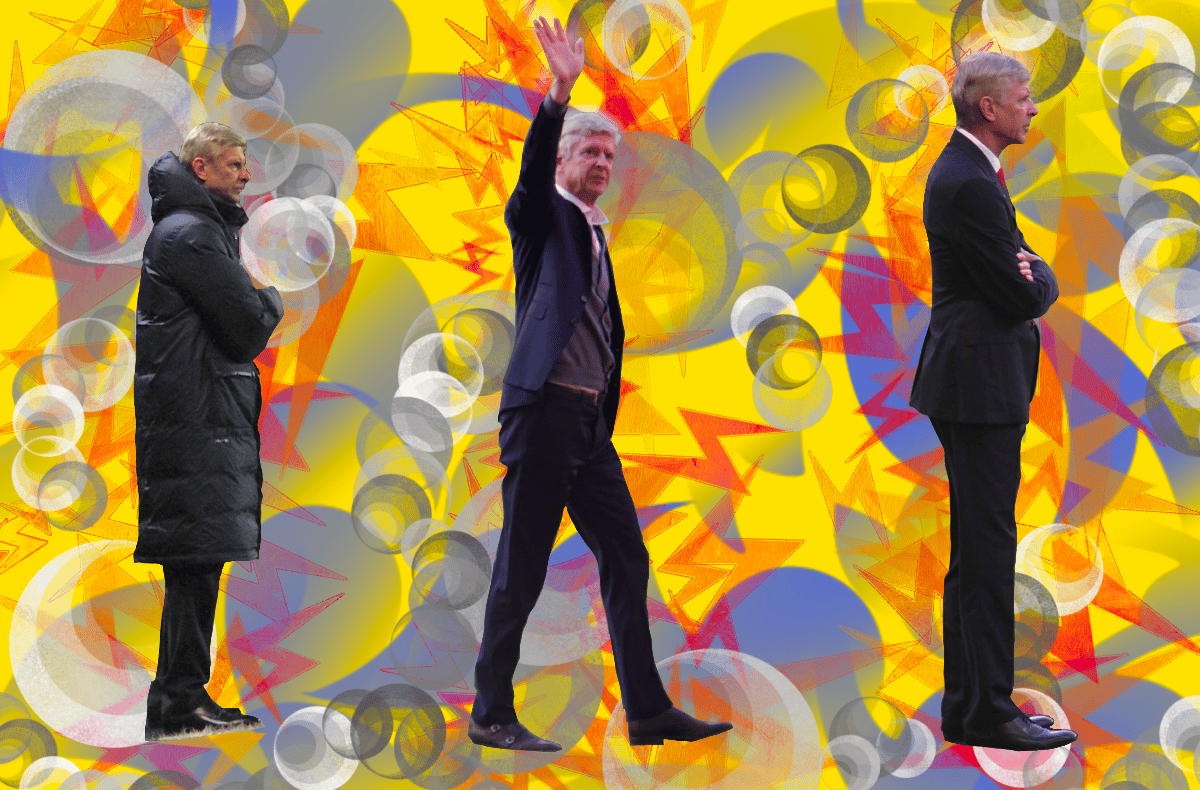